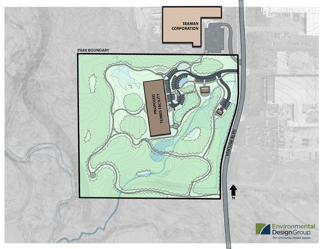 WOOSTER, Ohio [April 2017] – A new recreational facility will soon be available to the Wooster community. Slated to open in time for the upcoming winter tennis season, the Aspen Racquet Club will be a six court indoor tennis facility fully capable of hosting United States Tennis Association (USTA) tournaments. Seaman Corporation is making the investment in the facility that will be located just south of its corporate headquarters on Venture Blvd. The Company is also proposing the donation of approximately ten acres of surrounding land to the City of Wooster to further develop a corporate and community recreational park.

“For over 40 years, Shelmar Tennis provided four indoor courts for the area’s tennis programs. As a result, there is a very active community of tennis players in the Wayne and Holmes County areas,” said Richard Seaman, Chairman of Seaman Corporation. “These tennis players were understandably disappointed when Shelmar decided to close two years ago. They have had to travel to Medina, Canton, or farther away during the cold months to continue to enjoy playing tennis.”

“The Aspen Racquet Club is being designed to meet the needs of the existing tennis community and to develop the full potential of the sport of tennis in this area. The club will feature six tennis courts, well-appointed locker rooms, and a pro shop. A furnished observation mezzanine level will include a workout facility and a room for exercise classes as well as plenty of space to spread out and relax.”

“We have decided to make the investment in six courts rather than four or five. This will allow the club to host USTA tournaments and maintain court availability for club members” said Richard Seaman. To support year round tennis programming, the facility will be heated and air-conditioned. 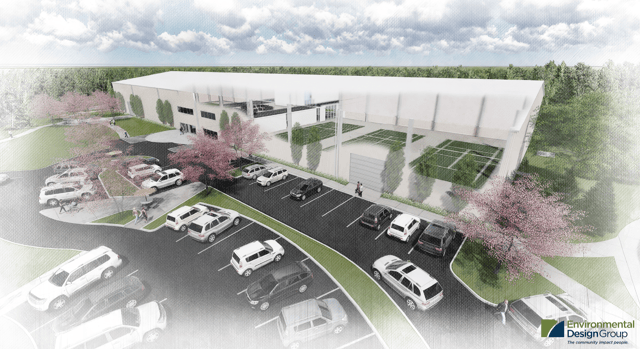 Seaman personnel have been visiting northeast Ohio indoor tennis facilities to help in the design phase. They also visited the recently opened USTA National Campus in Orlando which is the training facility for the USTA and boasts over 100 tennis courts. The specific purpose of this visit was to test the various tennis court surfaces. Aspen Racquet Club intends to offer one of the finest playing surfaces in the northeast Ohio area. In addition, the Club will be installing one of the best energy efficient lighting systems for indoor tennis play.

Private lessons and clinics by qualified tennis professionals will be an important part of the tennis programming. A special emphasis will be put on youth development, as these programs will be a catalyst for the sport’s future growth in the area.

The Aspen Racquet Club name is inspired by the goal of supporting and servicing a tennis community:
“An aspen grove is the largest single living organism on earth. Each tree appears to stand on its own, but all are part of a single plant, sharing markings and characteristics unique to the grove.”

“Tennis is unique in the sense that it is truly a lifelong sport. There’s already an enthusiastic group of tennis players of all ages in the Wooster community. I am interested in investing in this high quality tennis facility to provide support for the existing tennis community, but also to increase the attractiveness of the sport of tennis for all age groups. This facility will have the capacity to also provide support for high school and college programs in the area,” said Richard Seaman.

The facility is designed to attract tennis players from all over northeast Ohio. The hosting of USTA, college, and other inter-club tennis tournaments will attract many people to Wooster and provide additional economic activity for the community.

Seaman Corporation has historically been involved in the tennis industry. It provides fabric for tennis curtains and outdoor windscreen. The company has been the major supplier of the fabrics used for air supported structures, commonly called “bubbles,” that are utilized for indoor tennis facilities. Aspen Racquet Club’s new facility will be a standard metal structure and will showcase a variety of Seaman Corporation products, including a FiberTite roof. The potential use of a solar energy component is currently being evaluated. 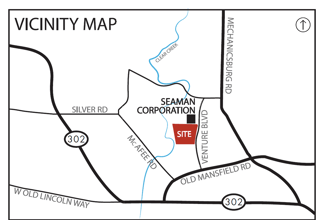 Approximately ten acres of surrounding land will be donated to the City of Wooster, to be developed into a corporate recreational park for associates of the various businesses in this area. It will be open to the public as well. The proposed park will feature walking paths and pavilions. Additional features such as Wi-Fi accessibility, workstations, benches, and a small pond are under consideration. The park may be linked with other community parks by means of planned city bike paths. The ultimate design of the park will be the result of collaboration with the City of Wooster, Seaman Corporation, and park planning resources. The actual park development will occur in multiple phases.

“The Seaman Corporation has been a wonderful Corporate Partner to Wooster for the last thirty years, and has a history of generously giving back to the Wooster community,” said Mayor Bob Breneman. “This park and recreational facility is an investment in the community that will benefit the general public along with the associates of nearby local businesses, and will contribute to the health and wellness and Quality of Life initiatives of our City.”

“We see associates of local business walking on Venture Boulevard during lunch hour,” said Seaman. “With all the businesses in the area like Metro Media, Worthington Industries, Frito Lay, Akron Brass, Goodwill, and ABS, this area will serve as a nice recreational park for the associates of those businesses.”

Freeman Building Systems has been selected as the general contractor for the tennis facility. The Environmental Design Group of Akron is assisting with the park proposal.