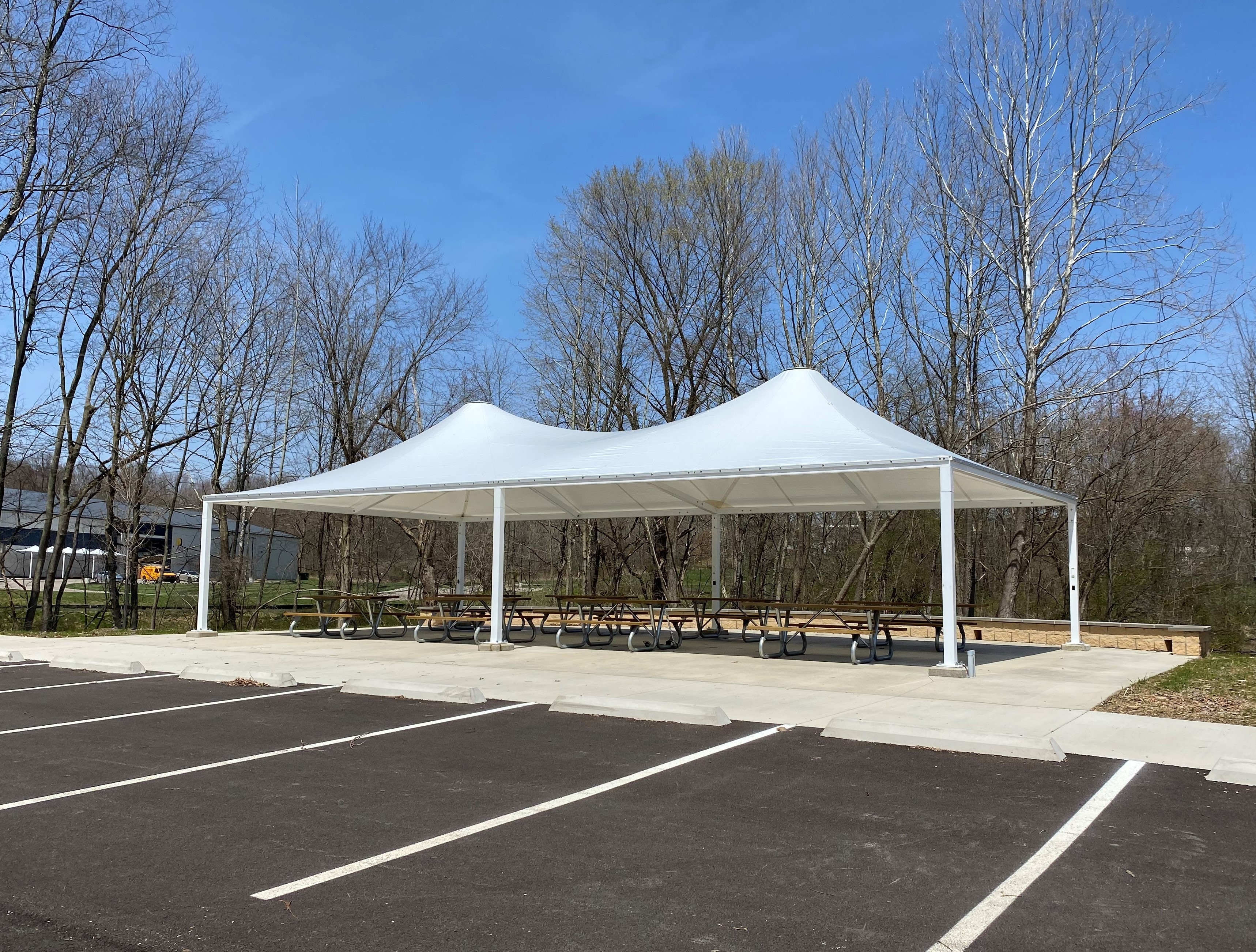 Wooster, Ohio [April 22, 2022] - Join the City of Wooster and project partners in celebrating the newest nature park on Arbor Day! The 11-acre park was made possible through a partnership with Clean Ohio, the State of Ohio Legislature, NatureWorks, the Ohio Department of Natural Resources, the Seaman Family Foundation, the Family of John Wesley, and the City of Wooster.

END_OF_DOCUMENT_TOKEN_TO_BE_REPLACED

Posted by Seaman Corporation on January 3, 2020 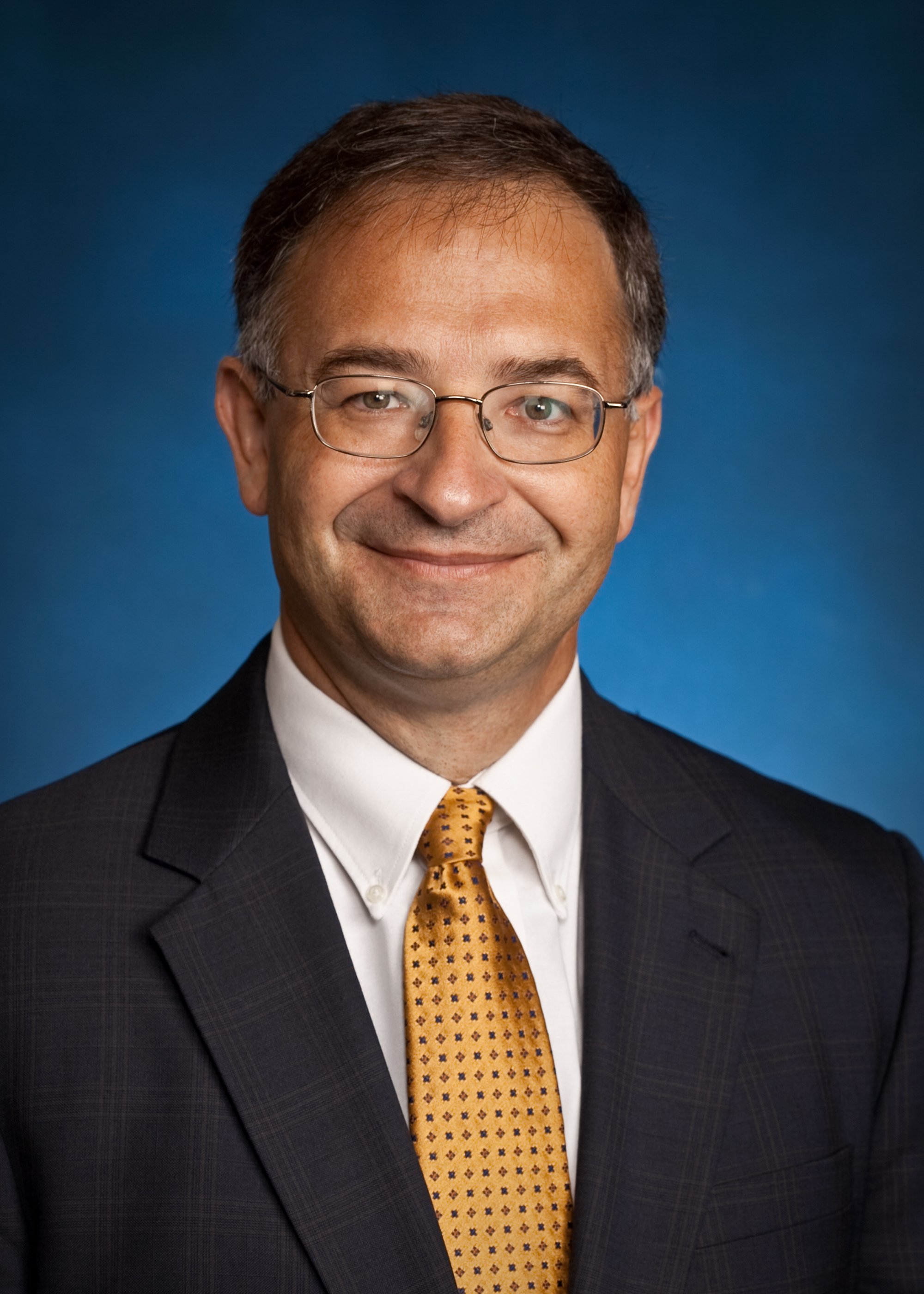 This recognition adds to Seaman’s streak of workplace accolades, including The Perfect Engine Award (2012), Industry Leadership Award (2014) and Evolution of Manufacturing Excellence Honoree (2015). A recent USA Today article recognized John Crum as being ranked 47th out of the top 50 CEOs in the nation for small- and medium-sized business in its annual ranking of CEOs.

END_OF_DOCUMENT_TOKEN_TO_BE_REPLACED

Posted by Seaman Corporation on February 20, 2019 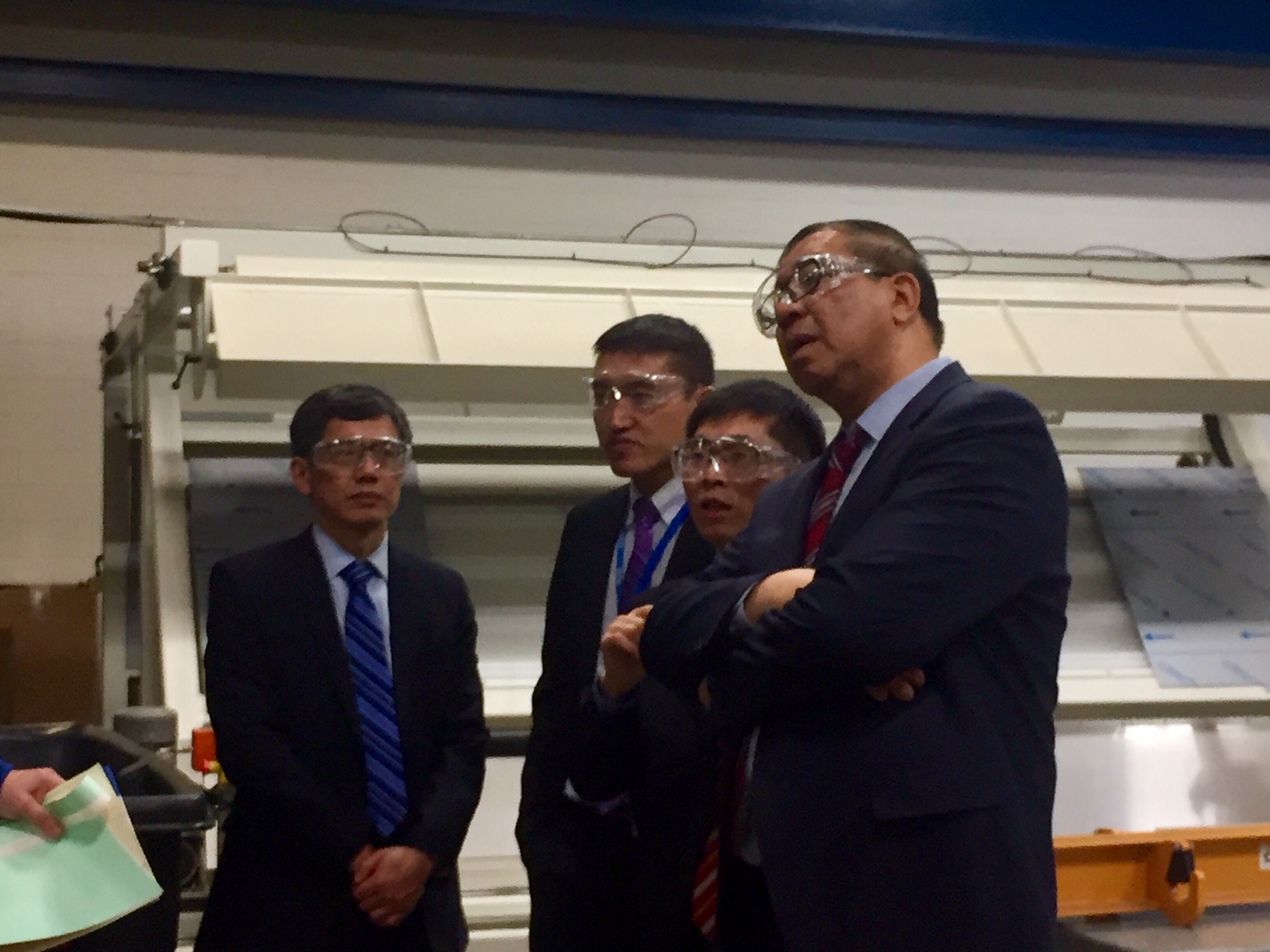 Wooster, OH [February 2019] - Seaman Corporation welcomed International visitors from China. Mr. Dongqing Zhu, the CEO & Secretary General of the China National Building Waterproof Association, and Mr. Zhiyuan Zhu, the Deputy General Manager of the China Building Material Test and Certification. We were pleased to host these guests and teach them more about the global reach of our business.

END_OF_DOCUMENT_TOKEN_TO_BE_REPLACED

WOOSTER, Ohio [MAY, 2017] FiberTite Roofing Systems is pleased to announce its attendance at the International Waterproofing Forum held on May 22, 2017 at the Shenzhen Convention and Exhibition Center in Shenzhen, China.

The International Waterproofing Forum, hosted by International Roofing Alliance and organized by the China National Building Waterproof Association, aims to highlight the latest developments in the research and application of roofing and waterproofing technologies around the world.

END_OF_DOCUMENT_TOKEN_TO_BE_REPLACED 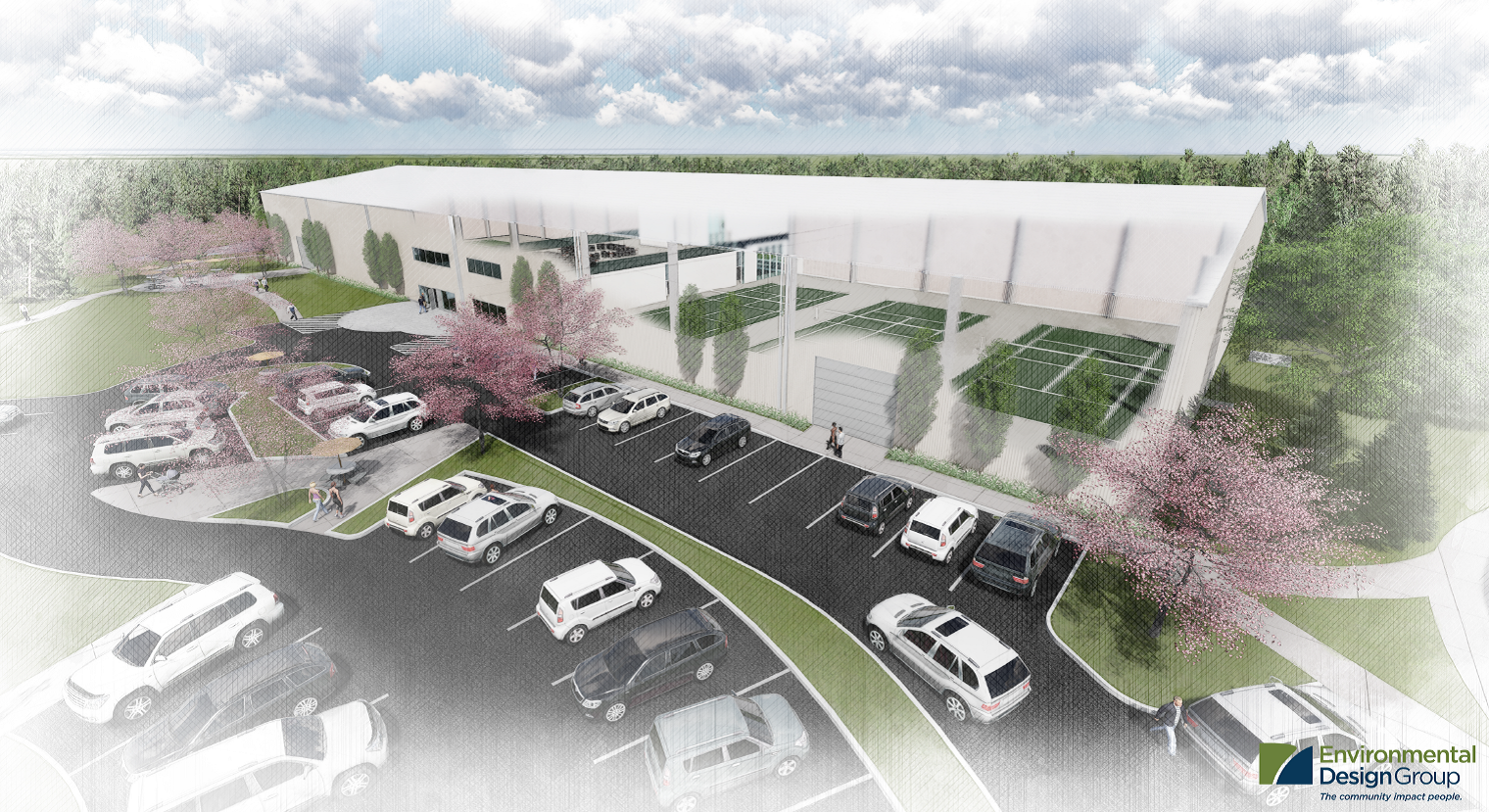 WOOSTER, Ohio [April 2017] – A new recreational facility will soon be available to the Wooster community. Slated to open in time for the upcoming winter tennis season, the Aspen Racquet Club will be a six court indoor tennis facility fully capable of hosting United States Tennis Association (USTA) tournaments. Seaman Corporation is making the investment in the facility that will be located just south of its corporate headquarters on Venture Blvd. The Company is also proposing the donation of approximately ten acres of surrounding land to the City of Wooster to further develop a corporate and community recreational park.

END_OF_DOCUMENT_TOKEN_TO_BE_REPLACED

Posted by Seaman Corporation on November 30, 2016 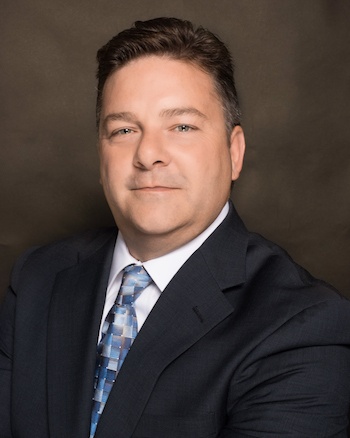 WOOSTER, Ohio [November 2016] - Seaman Corporation is pleased to announce Dan Weisenberger has joined Industrial Products as the Sales Manager for the Southern Region of the United States. He brings over 25 years of polymer and technical textile sales knowledge to the business, providing product and operational solutions to his customers. “My goal in this position is to support my customers in growing and diversifying their business with innovative coated textile and geomembrane solutions,” said Weisenberger.

END_OF_DOCUMENT_TOKEN_TO_BE_REPLACED

Posted by Seaman Corporation on June 7, 2016

WOOSTER, Ohio [June 07, 2016] - Shelter-Rite Architectural Fabrics, a division of Seaman Corporation, is pleased to announce the launch of its new website, http://www.architecturalfabrics.com/.

The website has been redesigned with several business objectives in mind, primarily focusing on giving visitors a better onsite experience. The new website is also mobile responsive, allowing customers and visitors to easily locate information no matter where they are.

END_OF_DOCUMENT_TOKEN_TO_BE_REPLACED

WOOSTER, Ohio [April 2016] – Seaman Corporation is pleased to announce the appointment of Scott Gipson to its FiberTite Roofing Systems division. Gipson will serve as the Vice President & General Manager of FiberTite.  Gipson will be responsible for the entire value chain from production creation through post-sale support.


“As we continue to grow and expand our roofing division, FiberTite, we’re excited to bring Scott on Board,” said John Crum, President & CEO. “Scott will play a key role in enhancing the customer experience and maintaining FiberTite’s commitment to quality through continued growth of FiberTite as the premier roofing system that our customers have come to know and trust.”

END_OF_DOCUMENT_TOKEN_TO_BE_REPLACED

Posted by Seaman Corporation on January 25, 2016

WOOSTER, Ohio [January 22, 2016] - XR® Geomembranes by Seaman Corporation is excited to announce the launch of its new website: www.xrgeomembranes.com.

The website has been redesigned in order to give visitors a better user experience as well as give XR Geomembranes the ability to attract, engage, and inform these visitors in a more seamless manner.

“As we grow and evolve as a business, it’s crucial to give potential customers what they need quickly in an age where time is of the essence,” said Felon Wilson, Business Director for the Industrial Fabrics Division. “With the new design, visitors can now find what they need without having to navigate through the entire website. The goal was to make the lives of our customers easier by giving them the tools they need to succeed when they most need them.”

END_OF_DOCUMENT_TOKEN_TO_BE_REPLACED

Posted by Seaman Corporation on December 15, 2015 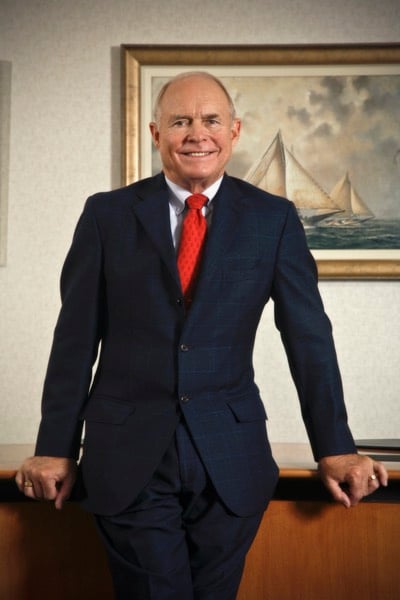 WOOSTER, Ohio [December 16, 2015] –After serving 40 years as CEO, Richard Seaman will be retiring from his current position. He will continue in his role of Chairman of the Board.

Seaman began his 55 year career with the Company at the age of 15, having grown up in the business that his mother and father started in 1949. He enjoyed his time working with his father for 10 years after graduating from Bowling Green State University with an MBA in 1968. His father, Norman Seaman passed away prematurely at the age of 55 in 1978 of lung cancer.

Over the next six years, the young CEO was faced with many business challenges. One major challenge was the loss of Company senior managers to early deaths, including the Vice President of Sales, the Company’s Financial Advisor and its Legal Counsel. These individuals, along with Norman Seaman, held the history of the Company.  All were lost in a very short period of time.